Design, Make, Play: Growing the Next Generation of STEM Innovators

Design, Make, Play: Growing the Next Generation of STEM Innovators

Dr. Margaret Honey joined the New York Hall of Science as President and CEO in November of 2008. Among her current interests at the museum is the role of designbased learning in promoting student interest and achievement in STEM subjects She is widely recognized for her work using digital technologies to support children’s learning across the disciplines of science, mathematics, engineering and technology. Prior to joining the New York Hall of Science, she was vice president of Wireless Generation, an education technology company. Earlier, she spent 15 years as vice president of the Education Development Center (EDC) and director of EDC’s Center for Children and Technology. While at EDC, Dr. Honey was the architect and overseer of numerous largescale projects funded by organizations including the National Science Foundation, the Institute for Education Sciences, The Carnegie Corporation, The Library of Congress, the U.S. Department of Education, and the U.S. Department of Energy. She also CoDirected the Northeast and Islands Regional Education Laboratory, a 40 million dollar federally-funded initiative designed to help educators, policy makers, and communities improve schools by helping them access and leverage the most current research about learning and K-12 education.

A graduate of Hampshire College with a doctorate in developmental psychology from Columbia University, Margaret Honey has helped to shape the best thinking about learning and technology with special attention to traditionally underserved audiences. She has directed numerous research projects including efforts to identify teaching practices and assessments for 21st century skills, new approaches to teaching computational science in high schools, collaborations with PBS, CPB and some of the nation’s largest public television stations, investigations of data-driven decision-making tools and practices, and with colleagues at Bank Street College of Education, she created one of the first internet-based professional development programs in the country. From her early involvement in the award-winning and ground-breaking public television series “The Voyage of the Mimi” to her decade long collaboration on the education reform team for the Union City (NJ) school district, Margaret Honey has led some of the country’s most innovative and successful education efforts.

Dr. Honey has shared what she’s learned before Congress, state legislatures, and federal panels, and through numerous articles, chapters, and books. She currently serves as a board member of National Academies of Sciences, Board on Science Education and on behalf of the National Research Council has chaired the workshop report on IT Fluency and High School Graduation Outcomes, and co-authored a report on Learning Science: Computer Games, Simulations, and Education. She is currently serving as chair of a National Academy consensus study on Integrated STEM Education. 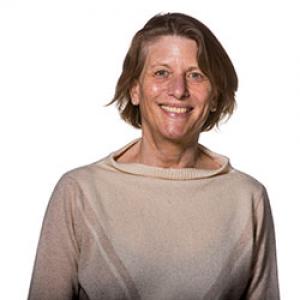