Professor Schauble is a cognitive developmental psychologist with research interests in the relations between everyday reasoning and more formal, culturally-supported, and schooled forms of thinking, such as scientific and mathematical reasoning. Her research concerns topics such as belief change in contexts of scientific experimentation, strategy change, and causal inference. In 1991, she received a National Academy of Education Spencer Fellowship to investigate developmental changes in how children and adults understand the goals and strategies of scientific experimentation. This work generated findings concerning how people learn to design informative experiments and "read" patterns of evidence, including covariation, lack of covariation, and correlations between variables and outcomes.

A second important theme in Schauble's research is the design and study of instruction. Shortly after completing her undergraduate degree, she joined the staff developing Sesame Street at the Children's Television Workshop. Her subsequent fifteen years at CTW provided practical experience in research and the design of education. In 1987, after completing a Ph.D. in Developmental and Educational Psychology at Columbia University, she joined the staff of the Learning Research and Development Center at the University of Pittsburgh as a postdoctoral fellow, where she continued as a Research Scientist until 1992. At the University of Wisconsin and subsequently at Vanderbilt University, she has continued studies of learning in both informal and formal educational settings. For example, with The Children's Museum of Indianapolis, the world's largest children's museum, Schauble assisted on an NSF-funded project to design and construct an 11,000-foot science gallery that reflects research findings about the science knowledge and learning of six- to ten-year-old children.

Her current research focus, in collaboration with Professor Richard Lehrer, is on the origins and development of model-based reasoning in school mathematics and science. In this project, researchers work collaboratively with teachers on an extended basis to generate reform in teaching and learning of mathematics and science, at levels from elementary through middle school. As participating teachers collectively develop an educational agenda that emphasizes representational competence and modeling, researchers conduct studies that track the long-tem development of forms of epistemology that would otherwise be very difficult or impossible to study. 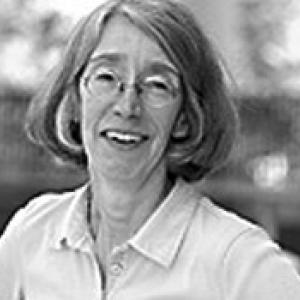