Jane Lubchenco is University Distinguished Professor in Integrative Biology, College of Science, and Marine Studies Advisor to the OSU President and Provost. She is a marine ecologist with expertise in the ocean, climate change, and interactions between the environment and human well-being. She has been on the OSU faculty for nearly forty years. From 2009-2013 she served as Under Secretary of Commerce for Oceans and Atmosphere,Administrator of the National Oceanic and Atmospheric Administration (NOAA),and part of President Obama's Science Team. From 2014-2016, she served as the first U.S. Science Envoy for the Ocean (with the U.S. State Department). She is one of the "most highly cited" ecologists in the world with eight publications as "Science Citation Classics." She received her PhD in ecology from Harvard University and is a member of the National Academy of Sciences and other distinguished academies. She has received numerous awards including 20 honorary doctorates, a MacArthur ('genius') fellowship, the Oregon Scientist of the Year award, the Tyler Prize for Environmental Achievement, the Linus Pauling Legacy Award, the Oregon History Maker award, the Oregon Woman of Achievement Award, and the highest honor given by the National Academy of Sciences, the Public Welfare Medal. In 2010 she was named 'Newsmaker of the Year' by the prestigious scientific journal, Nature. She co-founded three organizations that train scientists to be better communicators and engage more effectively with the public, policy makers, media and industry: The Leopold Leadership Program, COMPASS, and Climate Central. She co-founded and led PISCO, a regional, interdisciplinary, research-teaching-outreach collaboration of marine scientists along the U.S. West Coast.She co-founded and leads a national coalition working to protect biodiversity in the ocean and return the ocean to a healthy condition.She is passionate about scientists engaging with citizens to create knowledge and craft durable solutions to enable vibrant communities, strong economies and a healthy planet. 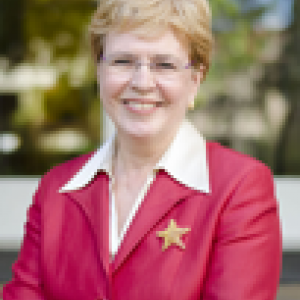