The conference venue is...

Promoting scientific literacy has been at the center of educational reforms for more than a century. It is clear that much more work is needed. Scientific literacy is the knowledge and understanding of scientific concepts and principles, and an understanding of how scientists use logic and evidence; in other words, how scientists think. Scientific literacy is desperately needed in our modern world in which environmental, medical, and social crises appear on every horizon; in a world where important decisions are often not based on scientific evidence. We stand with our toes dipping into an ocean of newly discovered data about physics, genetics, gender, and many other areas. We have lots to learn about who we are and what we are and where we fit into the universe. We will inevitably have to restructure our understandings of just about everything to accommodate new information. Let’s get ready to deal with that reality.

It is a particularly challenging time for educators in today’s changing educational environments. In today’s social context there are disturbing trends of anti-science rhetoric. Recently some public officials in the United States have supported the teaching of creationism. Anti-science rhetoric, discounting of scientific evidence, and undermining of concepts such as evolution and climate change are issues teachers at all levels need to address in the near future.

It appears as if scientific literacy, once a central theme, has drifted away from being an important goal of education in the United States. Some people now regard science as a threat to their religious or personal positions; others see science as an inconvenience, obstructing their progress to personal or financial goals. As long as science is not more generally understood to be a lens through which to view and understand our world, it will be easier to manipulate opinions, exclude data and logic from our social and political decision making processes, and discourage open discussion of issues and problems.

Further, scientific literacy needs to be a central theme in preparing new teachers in STEM disciplines in knowing how to best enhance the achievement of young African Americans, Latino/a, and other students from populations generally underrepresented in the sciences. It is no longer enough to “teach science” and hope some of the students “get it.” We need to actively and deliberately reach out to cultures and sociological groupings that have traditionally “not gotten it” and help them to appreciate what science is and how it can be useful to them personally.

Today, it is more important than ever for science education researchers in our NARST community to share and defend their research findings about how to best educate young people in the sciences, and how best to prepare educators in helping people to develop critical thinking skills, to use logic and evidence in decision making and in the construction of knowledge, and to appreciate nature of science. Today is an important time to refocus on a goal of achieving Scientific Literacy for All. If the NARST community can stay positive, committed, focused, and work together, we can make a difference. Let’s try. 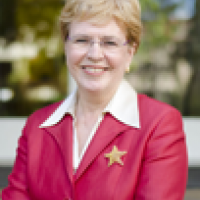 Jane Lubchenco is University Distinguished Professor in Integrative Biology, College of Science, and Marine Studies Advisor to the OSU President and Provost. She is a marine ecologist with expertise in the ocean, climate change, and interactions between the environment and human well-being. She has been on the OSU faculty for nearly forty years. 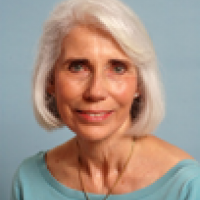 Marcia C. Linn is a Professor in the Graduate School of Education, University of California, Berkeley of Development and Cognition, who specializes in science and technology.