Migrating Birds Know No Boundaries: The Scientific and Educational Dimension

Migrating Birds Know No Boundaries: The Scientific and Educational Dimension

Yossi Leshem is a Professor Emeritus in the School of Zoology, Faculty of Life Sciences at Tel Aviv University, and founder of the International Center for the Study of Bird Migration. In 1971, he began his career at the Society for the Protection of Nature in Israel and was CEO (1991-1995) and chair of its public council.

Prof. Leshem has been researching bird migration and raptor breeding ecology for 5 decades. His doctoral research at Tel Aviv University, conducted in cooperation with the Israel Air Force, reduced aircraft- bird collisions by 76%, thus saving the national budget $1.5 billion. Yossi developed an educational online science program (www.birds.org.il) that is currently taught at approximately 450 schools. He spearheaded the national effort to use barn owls as biological pest control agents in agriculture, significantly reducing the use of pesticides, and led an extensive research project in cooperation with the Max Planck Institute at Radolfzell to track migrating storks, using satellite transmitters. To this project joined the Ministry of Education in Israel, who financed the program to promote STEM learning by tracking the Migrating Storks on-line.

Since 2002, Prof. Leshem has initiated a host of successful joint projects with the Jordanians and Palestinians using Barn Owls as biological pest control agents in agriculture, combining education, research, and nature conservation. The project became a national and regional project with 4,500 nesting boxes dramatically reducing the use of pesticides in the region. Currently, Prof. Leshem leads a trilateral project with Cyprus, Greece and Israel on the subject. In parallel, he works with the Chief of General Staff’s office to implement the "Nature Defense Forces – Commanders Take Responsibility for their Environment" project. This initiative consists of 60 projects with an educational emphasis.

Prof. Leshem received Lifetime Achievement Award for Environmental Protection, from the Minister for Environmental Protection (2008); Bruno H. Schubert Foundation Award for World Nature Conservation (2012); Lifetime Achievement Award of The Israel Society of Ecology and Environmental Sciences (2017); Honorary Fellowship of the Technion Board of Governors (2017); Honorary Membership, Israel Zoological Society (2018), The award of "Significant Contribution to Israel Aviation", from the Israeli Airline Pilots Association (2019) and an appreciation medal from the the Israeli Air Force commander.

Prof. Leshem is the author of 11 books, many scientific articles, and hundreds of popular articles. He is father to five, and grandfather to eight.

During thousands of years of history, the Middle East, located at the junction of three continents – Europe, Asia and Africa – has been a focus for tension, conflicts and wars which continue to these days. On the other hand, the Middle East comprises a bottleneck of international importance for bird migration, one of the most important worldwide. Over 500 million birds migrate over the region twice a year. The diversity of species is also exceptional, 540 species of birds can be observed in Israel.

In my talk, I will present a unique effort to use the outstanding phenomenon of bird migration for science and peace education. The educational and conservation programs are designed for formal school systems, informal settings and the broad public and the Israel Defense Forces. The programs are based on research in several fields in the past five decades. The birds and migration constitute a platform for learning on the unique nature phenomenon, developing inquiry-learning and developing interest in the subject that combines activities in the class, and in the field. Birds and their migration were used for joint learning between Israelis, Jordanians and Palestinians, known more about the geopolitical conflict. The emphasis is that birds and nature are a connecting tool between people and religions regardless of politics and boundaries.

Based on the joint research of Tel-Aviv University and Max Planck Institute in Radolfzell, Germany, funded by the German Ministry of the Environment, satellite transmitters were attached to 120 German Storks and students from Israel, Jordan and the Palestinian Authority followed the migration using a website (www.birds.org.il), whilst also understanding key questions like the effect of the weather. In addition the students could track the data of the joint research with the Israeli Air Force, which suffered many collisions from migrating birds, and is based on the data that was gathered from a ground-network of bird-watchers, radars, a motorized-glider and UAV's. A joint research and activity was developed in cooperation with farmers in Jordan, Palestine Authority, Cyprus and Greece, in which Barn Owls are used as biological pest-control agents in order to significantly reduce the use of pesticides. An educational program was developed in which students could follow data from 5,000 nesting boxes in the Middle East and track the cameras in the nesting boxes, whilst also taking part field-trips in the areas of the nesting boxes.

Currently, 550 schools from all Israeli sectors (Jewish, Arab and Druse) teach about birds and their uniqueness in the Middle East.

Funded by the government, a network of seven birding centers were established that constitutes an educational hubs and research and nature protection centers for students and the public, led by the Society for the Protection of Nature in Israel (NGO). 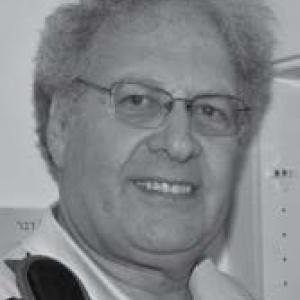